Moto2 | GP of The Americas 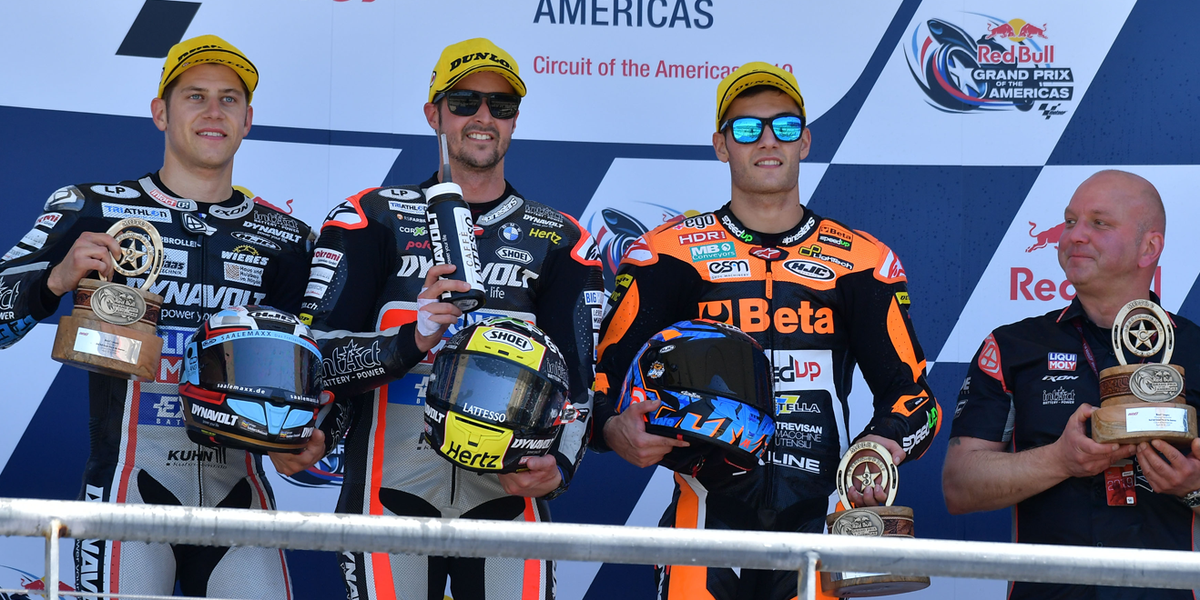 The Grand Prix of The Americas 2019 meant a superior victory for Tom Lüthi and a fantastic second place for Marcel Schrötter. Thanks to these outstanding results, the Dynavolt Intact GP squad took the lead in the team standings.

They came, saw, and won can be said about Tom Lüthi and Marcel Schrötter after a highly successful conclusion of the race weekend in Austin. Both Kalex riders dominated most of the three days in Texas and crossed the finish line in first and second after an 18-lap battle.

From the start, the Intact GP riders built the top trio along with Alex Marquez, who led the race at the beginning and who was not easy to pass. While Tom Lüthi could finally take the lead after several attempts and a rather rough contact with the Spaniard after seven laps, he could not be stopped anymore. The Swiss escaped at the front when Texas pole setter Marcel Schrötter two rounds later also found a way past the Marc VDS rider, which didn't happen neither without bike and body contact. Fortunately the German remained on his bike and gave everything to make up the gap to his teammate in front of him.

But in the end the man with start number #12 had a lead of more than two seconds and crossed the finish line as a superior, cheering winner, while his pit neighbour also kept his distance to Jorge Navarro, who was approaching in third place, and was happy about an unbelievable second place.

When MotoGP opens its European season in Jerez de la Frontera in three weeks time, from May 3rd to 5th, Marcel Schrötter and Tom Lüthi will arrive at the Spanish track as runners-up and third in the World Championship with the mission to continue their hunt for this year's title. 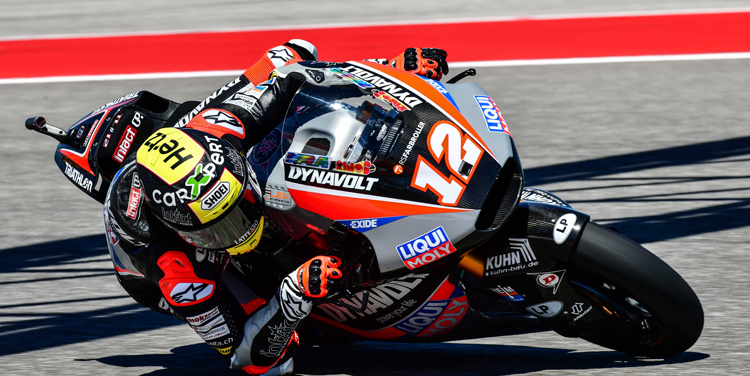 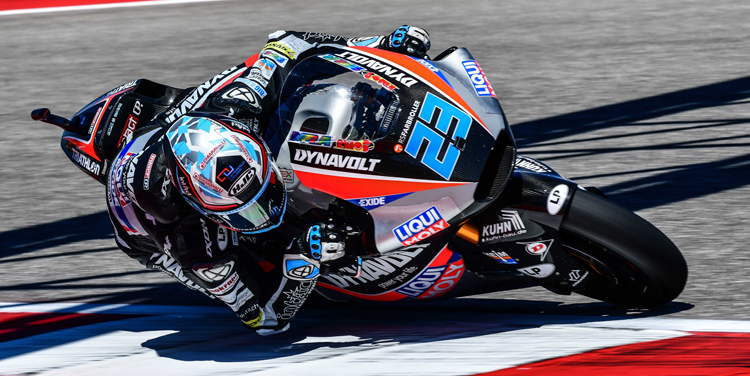 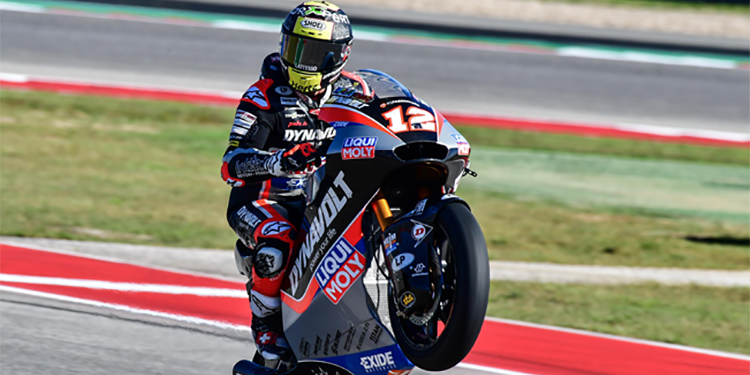 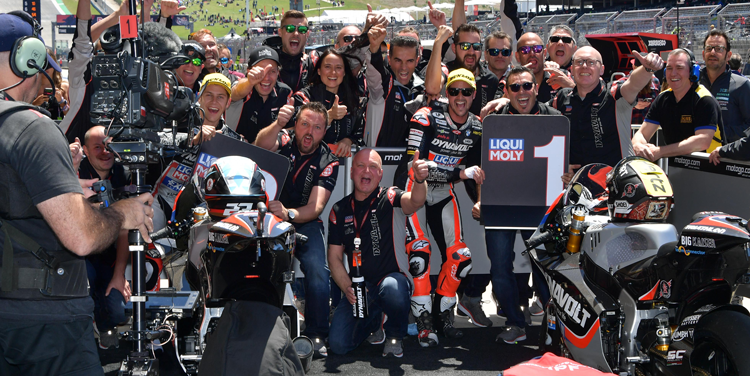 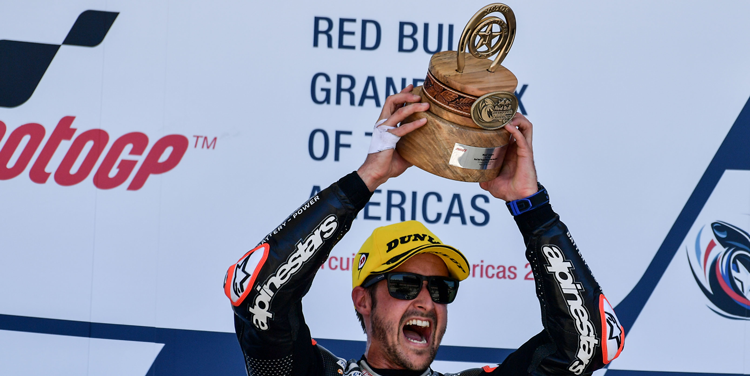 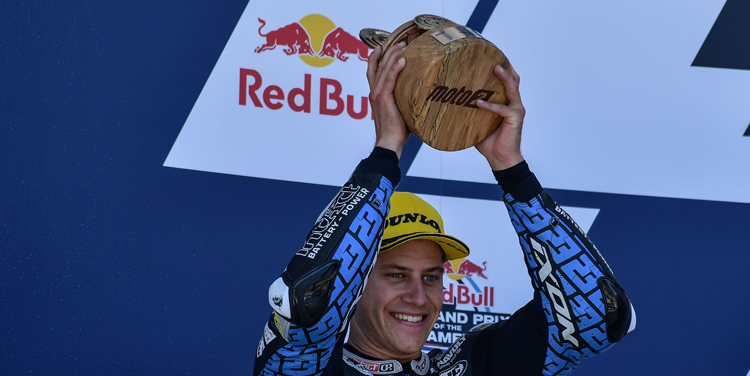