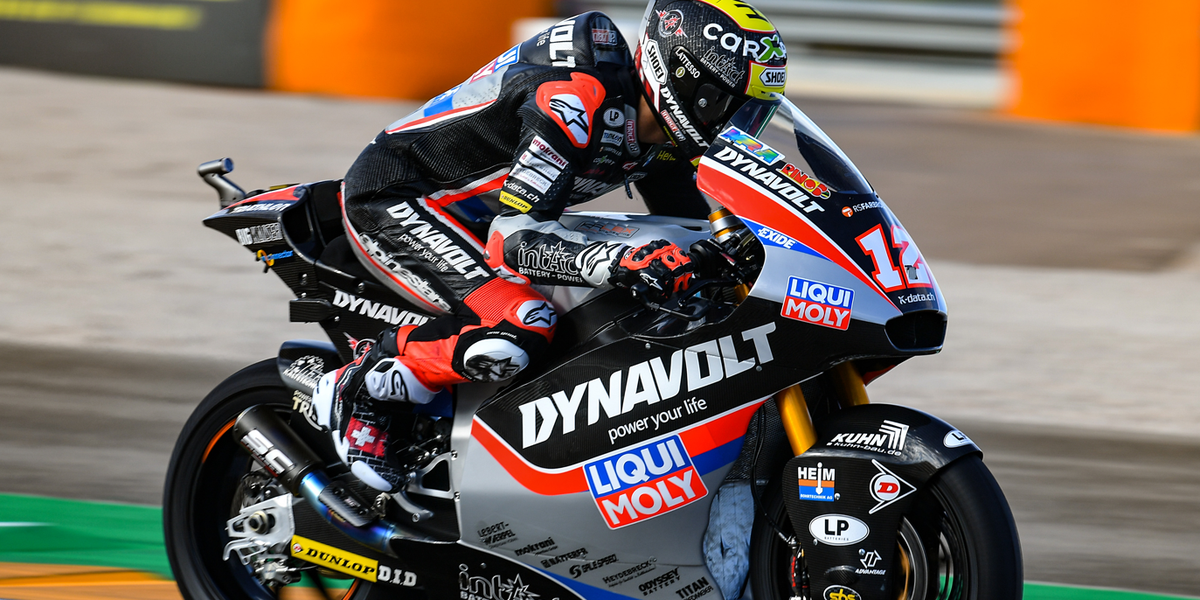 With ten points in his pocket, Tom Lüthi is leaving MotorLand Aragon after trying everything to keep up with the leading group. Dynavolt Intact GP substitute rider Jesko Raffin learnt a lot and showed a strong rhythm especially in the second half of the race.

Right after the start Tom Lüthi was lucky to avoid Augusto Fernandez, who crashed right in front of him. Afterwards he went in a group of four with Jorge Navarro, Alex Marquez and Luca Marini on the hunt for Brad Binder, who had an increasing his lead at the top.

At the beginning Tom Lüthi was able to keep up with the speed very well. But he and his team knew before the race that the grip level of the rear tyre in Aragon could become problematic. That's what happened in the end. From lap seven it became more and more difficult for the Swiss to keep up. He gave it his all and rode at the limit, but his opponents were moving further and further away. After Sam Lowes passed the Intact GP rider, he crossed the finish line in sixth place.

Tom Lüthi will now travel to Buriram / Thailand in two weeks' time as fourth in the World Championship and will keep on working to reach his goal to be among the leaders.

Jesko Raffin, who was substitute for Marcel Schrötter in Aragon this weekend, did a great job over the three days. Unfortunately, the 23-year-old lost some positions in the first lap, which he had to recapture. In the course of the race, the Swiss rode at an almost identical rhythm to his future NTS team-mate Bo Bendsneyder. He also lost only three tenths to his compatriot Tom Lüthi on the lap time. A remarkable achievement for the MotoE rider from the German racing team, who hadn't sat on a Moto2 bike for more than five months. In the end Jesko Raffin crossed the finish line in 19th place, but then receive a one position penalty due to exceeding the track limit on the last lap.

Marcel Schrötter, who in the meantime was working at home in Bavaria on the recovery of his operated collarbone, lost only one position in the World Championship fight after two missed races and is currently in eighth position. The 26-year-old will do everything in his power to return to the track to the Thailand Grand Prix from October 4 to 6. 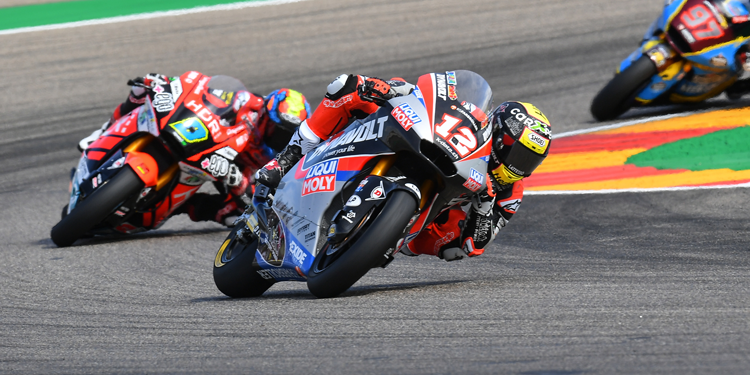 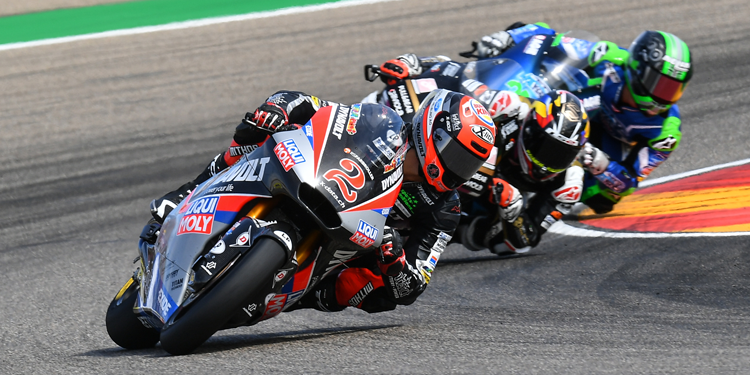 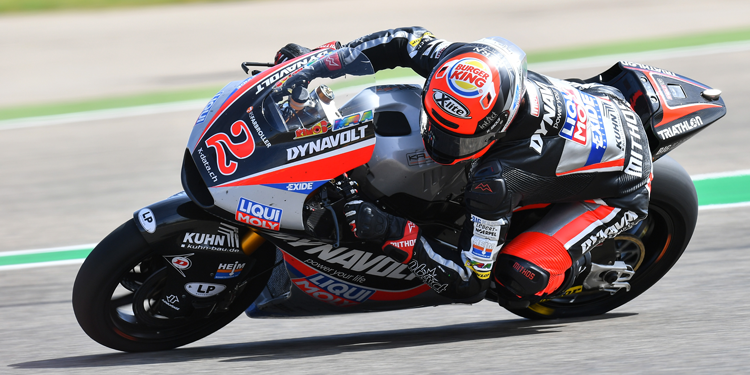 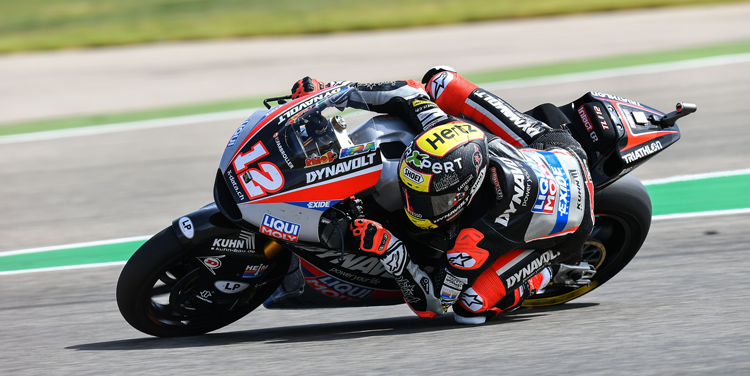 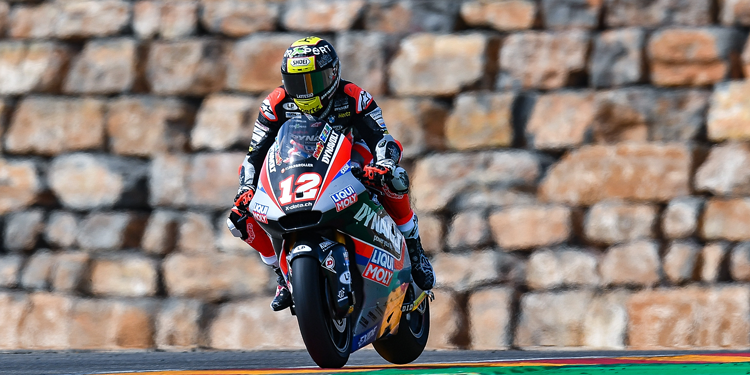 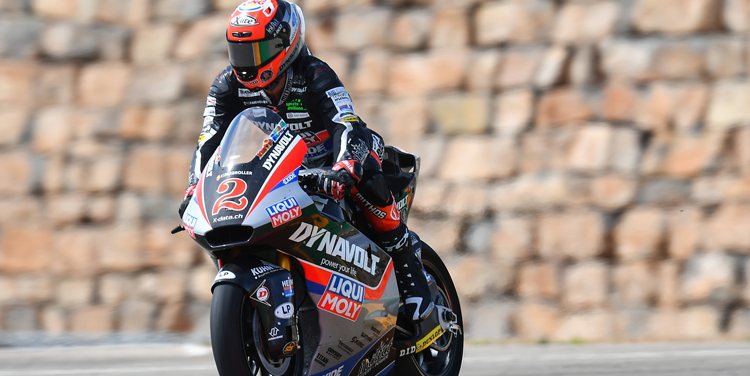 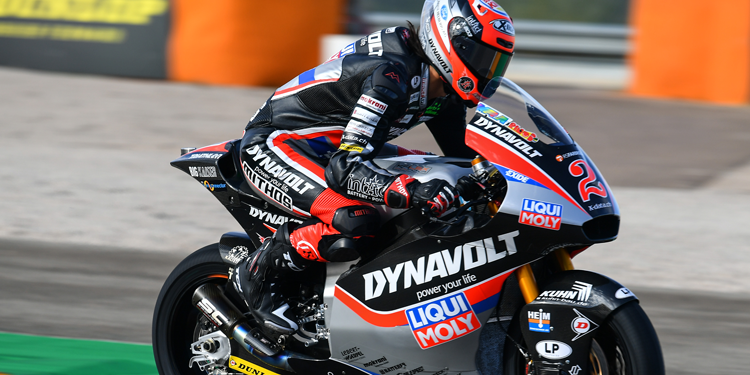 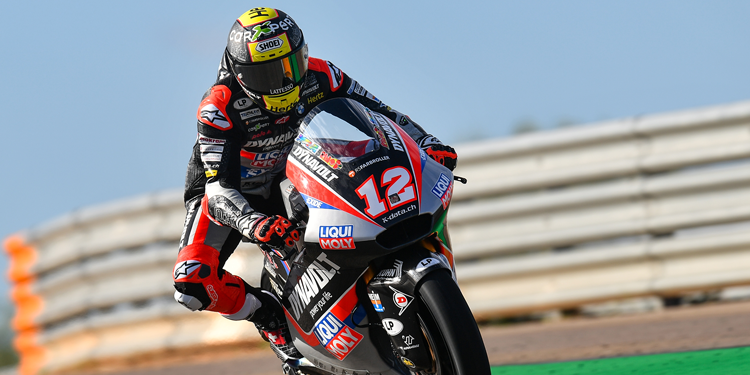