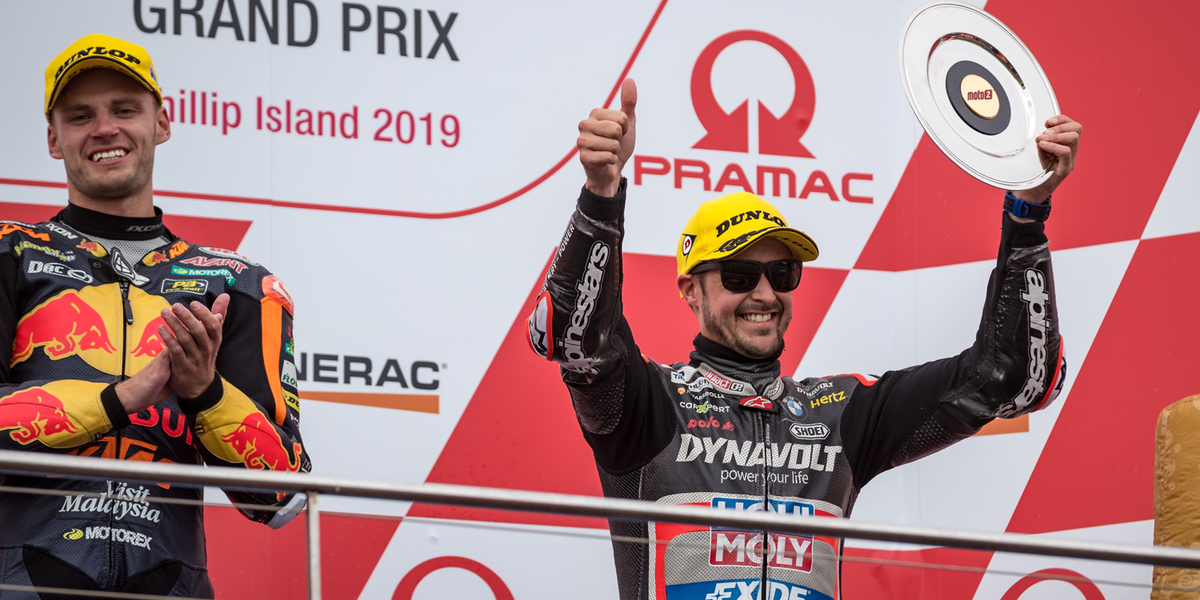 At Phillip Island, Tom Lüthi stormed behind the top KTM duo to his second podium in a row and thus retains second place in the Moto2 World Championship. Strong race also from Marcel Schrötter, who made up nine places in the Australian Grand Prix and crossed the finish line in eleventh place.

Saturday's storm and the rain clouds had disappeared and nothing stood in the way of an exciting race day at the Phillip Island Circuit.

In the Warm-Up on Sunday morning Tom Lüthi had found his way back to a rhythm as strong as in Motegi a week ago and he knew that it could be a good race in Australia as well.

After a great start from eleventh position, the Swiss was lucky to get away safely from a collision of Luca Marini and Marco Bezzecchi in front of him in corner four. Then the Intact GP rider followed in fourth place behind Jorge Navarro, who he overtook in the middle of the race and then chased the top duo Brad Binder and Jorge Martin. He was able to enlarge the gap to Navarro, but the two leading KTM riders were simply unbeatable.

The third place in Down-Under meant the second podium in a row and the sixth of the 2019 season for Tom Lüthi. The fast racer defended his second place in the Moto2 World Championship. He minimised the gap to Alex Marquez to 28 points after the Spaniard finished eighth today. Race winner Brad Binder follows only five points behind the Swiss.

Marcel Schrötter made the most of his less than optimal 20th starting position in the 25 lap battle. The 26-year-old also returned to a strong pace on race Sunday at the Phillip Island Circuit. He managed to catch up on nine positions and fight for fifth place in the group. When he lost the connection shortly before the end after a few rear wheel slides, he prevailed in the last lap in the duel against the Italian Nicolo Bulega and secured eleventh position.

The Bavarian maintained his eighth place in the World Championship standings. At the Malaysia Grand Prix, which will take place next week at the Sepang International Circuit from 1 to 3 November, Marcel Schrötter and his team mate Tom Lüthi hope to be at the front of the field again right from the beginning of the weekend. 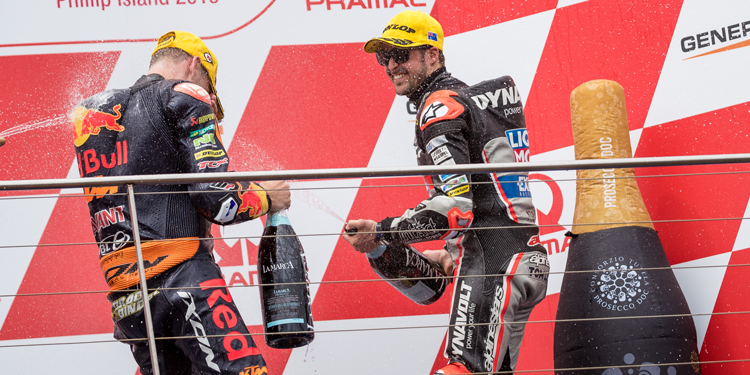 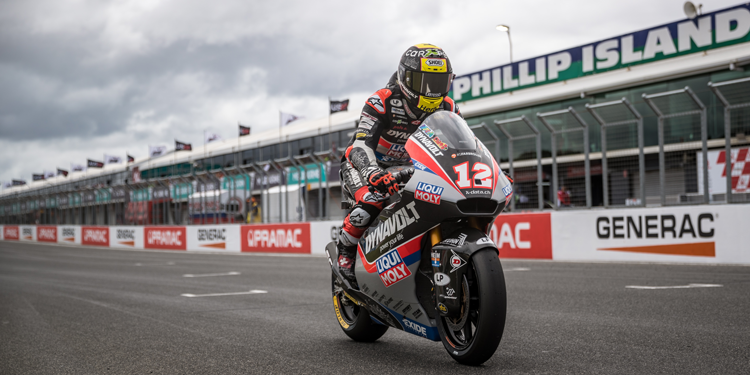 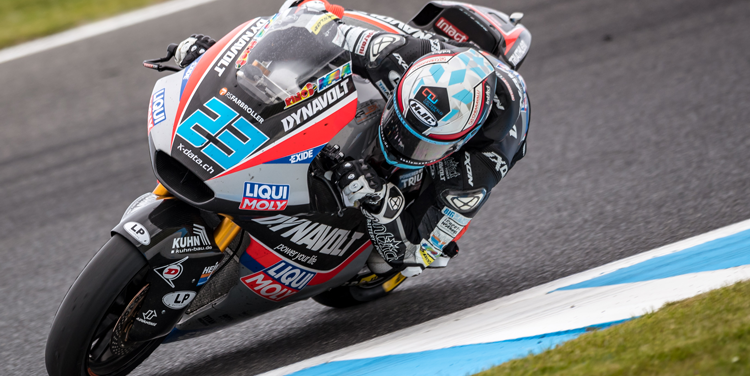 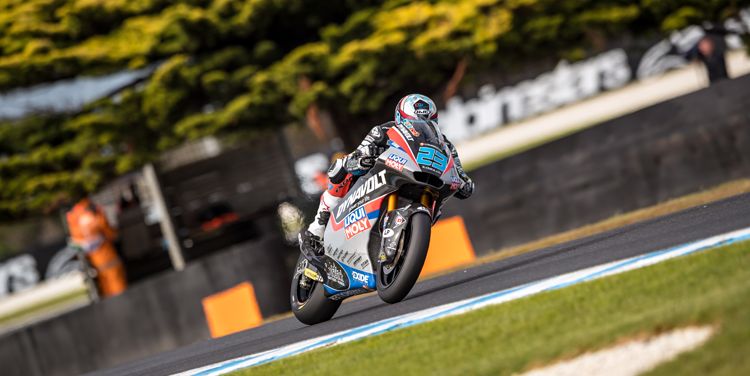 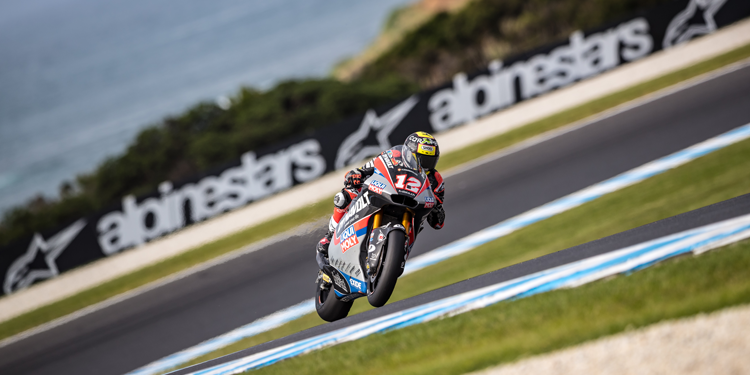