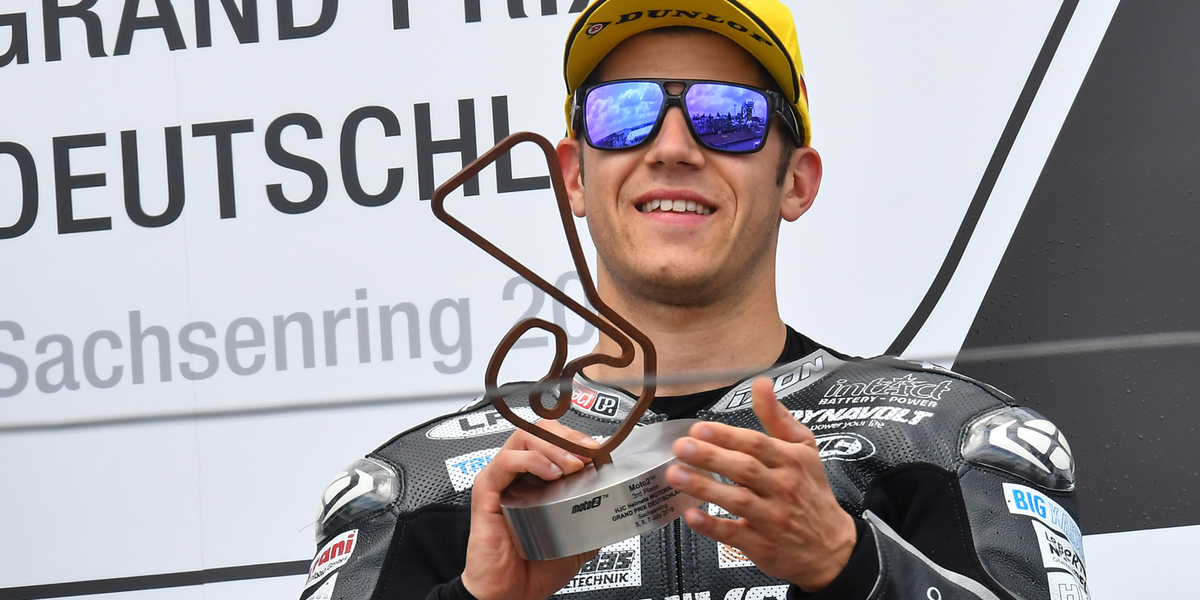 Under completely different conditions as the day before, the race-day at the Sachsenring circuit started with quite chilly temperatures and light rain. But this did not hold off the up to 100.000 fans in Germany to be ready for their Motorsport-Highlight of the year and fill the tribunes at the circuit from early morning on.

One of their local stars, Marcel Schrötter, already delivered quite a show during the Warm-up and placed himself on top on a damp track. Determined to fight for a podium he took his third place on the grid under warming sunbeams.

What followed afterwards probably was one of the best races ever seen from him so far. He fought for the podium from start on and was even leading the field at the beginning. After Alex Marquez took over the lead after six laps and opened a gap, Marcel Schrötter defended himself inside the group behind with aggressive counterattacks and perfect lines to fight for second with his not quite harmless competitors Brad Binder and Iker Lecuona. At the end Binder was able to brake his way past the Bavarian, who was able to held off Lecuona. The Spaniard was not able to do anything against the local hero and crashed just before the end of the race.

With a Sachsenring-Trophy as well as 16 points in his pocket and his third podium of the year, Marcel Schrötter can start into the summer break with a good feeling. With now 97 championship-points he occupies the sixth position in the overall standings equalling Lorenzo Baldassarri and Jorge Navarro.

Tom Lüthi did not have an easy duty at the German Motorcycle Grand Prix starting from 12th position. Lap to lap he fought his way towards the leading group on the tight and curvy Sachsenring circuit. When he overtook Xavi Vierge and it came to a collision, the Spaniard crashed into the gravel and Lüthi received a long-lap-penalty. Following the incident he lost one position and the connection to the group in front, but still was able to achieve a solid fifth place and the important points coming with it.

The championship-lead, he came to Saxony with, Tom Lüthi had to give back to the winner of the race Alex Marquez. But only eight points are separating the pair and the season still has ten rounds to go.

But before the show goes on and the hunt for the title 2019 will continue from 2nd to 4th of August in Brno, Czech Republic, the racing squad from Memmingen, Germany will go into a well-deserved summer break. 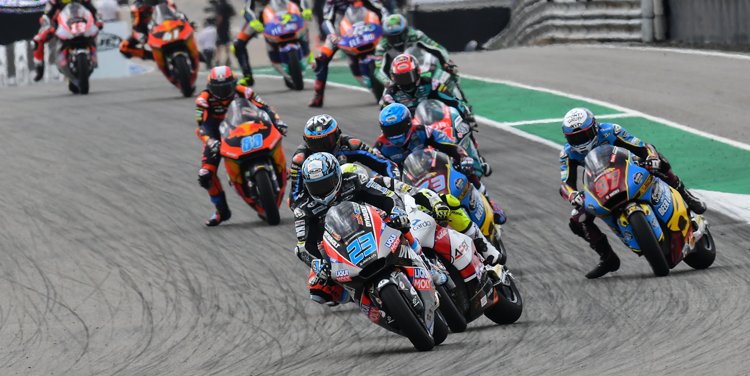 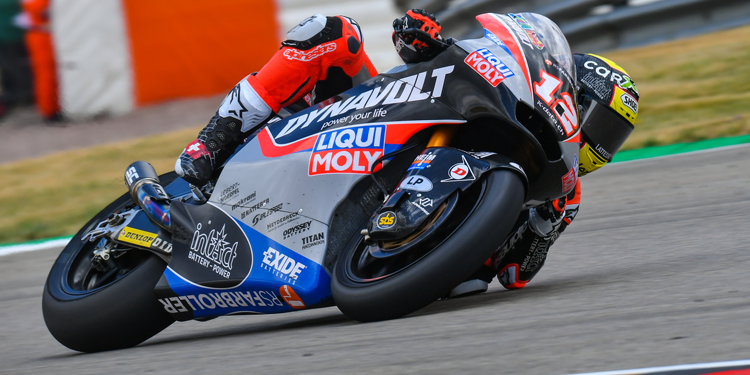 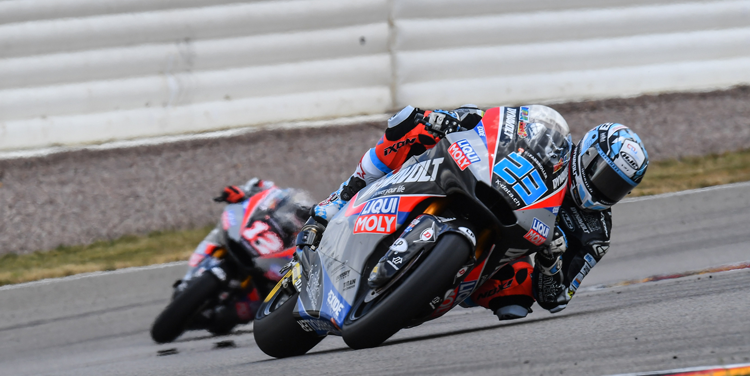 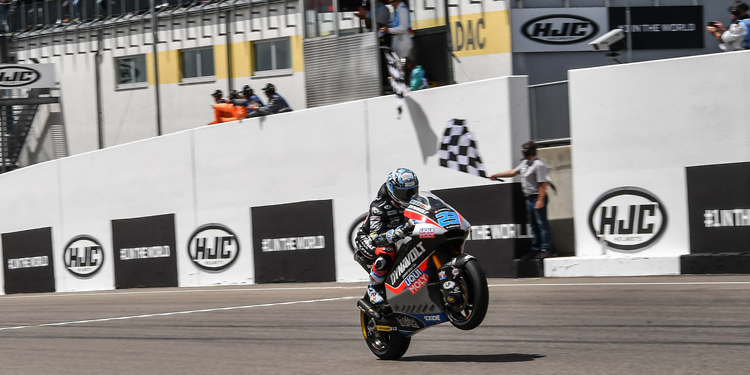 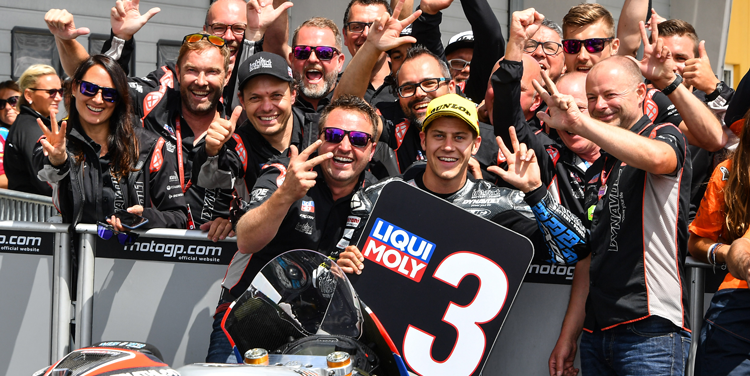 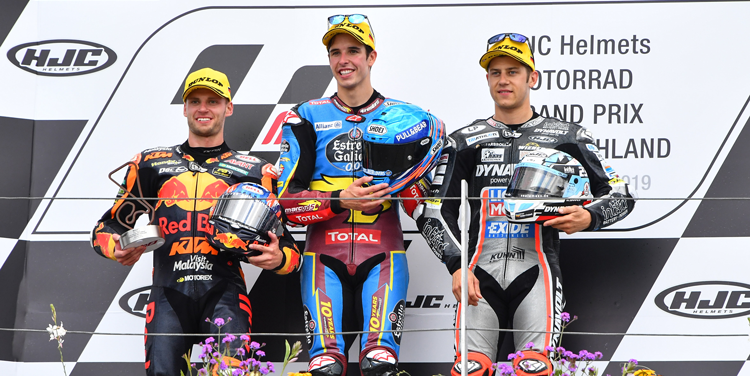