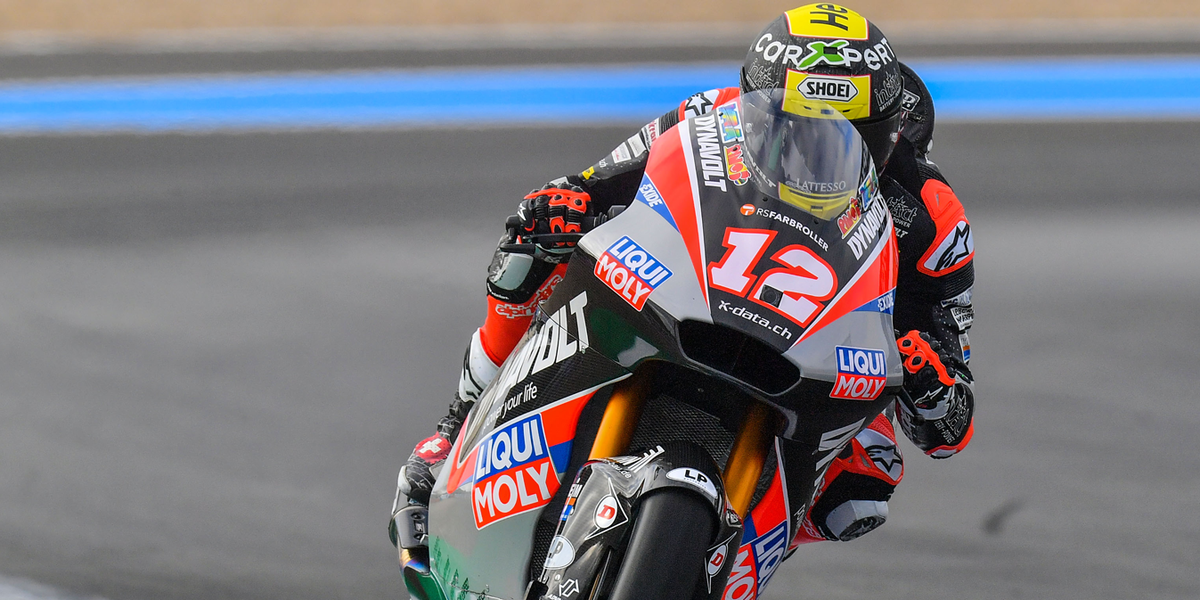 After a cloudy Sunday morning, the various motorcycle fans - who came in droves to the Circuito de Jerez-Angel Nieto today - were able to enjoy some of the hot Andalusian sun and nerve-racking racing action.

It was a turbulent start for the Moto2-class. After the field dashed into the first corner, the race had to be red flagged after a multiple collision. The fourth round of the season then was restarted as a 15-laps-race.

Tom Lüthi finished the Warm-up with the second fastest time and later lined-up in eighth place on the grid for the Gran Premio de España with a good feeling. The Swiss put down two rocket launches and from the outset hung on the heels of the top duo with Lorenzo Baldassarri and Augusto Fernandez. In lap eight he had to let pole-setter Jorge Navarro pass. Tom Lüthi did not quite make it to the podium this time, but thanks to the fourth position and the 13 championship points he collected, he moved up to second position in the overall standings and is now missing 17 points to Jerez-winner Baldassarri.

Marcel Schrötter had several small problems in Jerez, which made the weekend more difficult for him. On Sunday morning the 26-years-old was similarly fast as his teammate, but then suffered a little crash during Warm-up. In the race he was even able to dash to seventh place at the start, but immediately afterwards Brad Binder got in his way and unfortunately he lost the won positions again. It was a hard fought race for the Bavarian, who takes home one point at the end with 15th place. This means he is now in third position in the championship standings.

UPDATE: Shortly after the race Marcel Schrötter, who had been limping the whole weekend, underwent an x-ray of his left foot. The Intact GP rider had hurt himself during a trial training on Tuesday, but hadn’t had any pain while cycling. He assumed to have suffered a contusion only and didn't want to make a big deal out of it. But the examination revealed that he had fractured two toes. For sure this was also one reason why the championship-third was not able to give 100% this weekend. Regarding to the doctors the injury should not cause problems and Marcel Schrötter even wants to try to take part in the private test the squad from Memmingen, Germany is going to undertake next Tuesday and Wednesday in Aragón, Spain.

The Moto2-team wants to be fully present again until the next Grand Prix, that will take place from 17th to 19th of May in Le Mans, France. 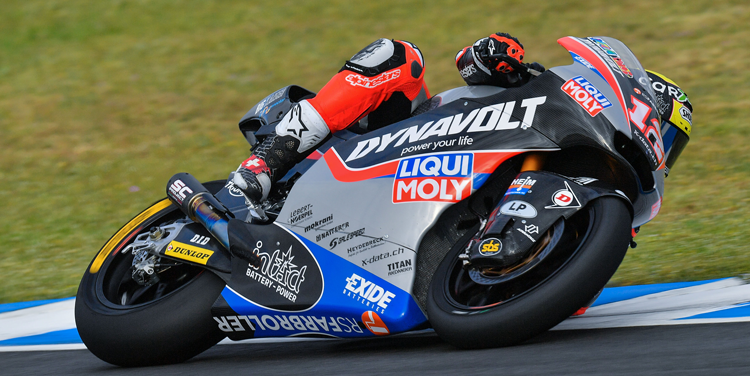 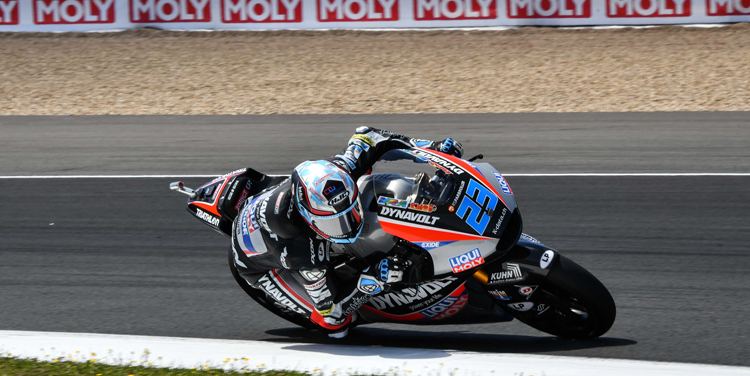