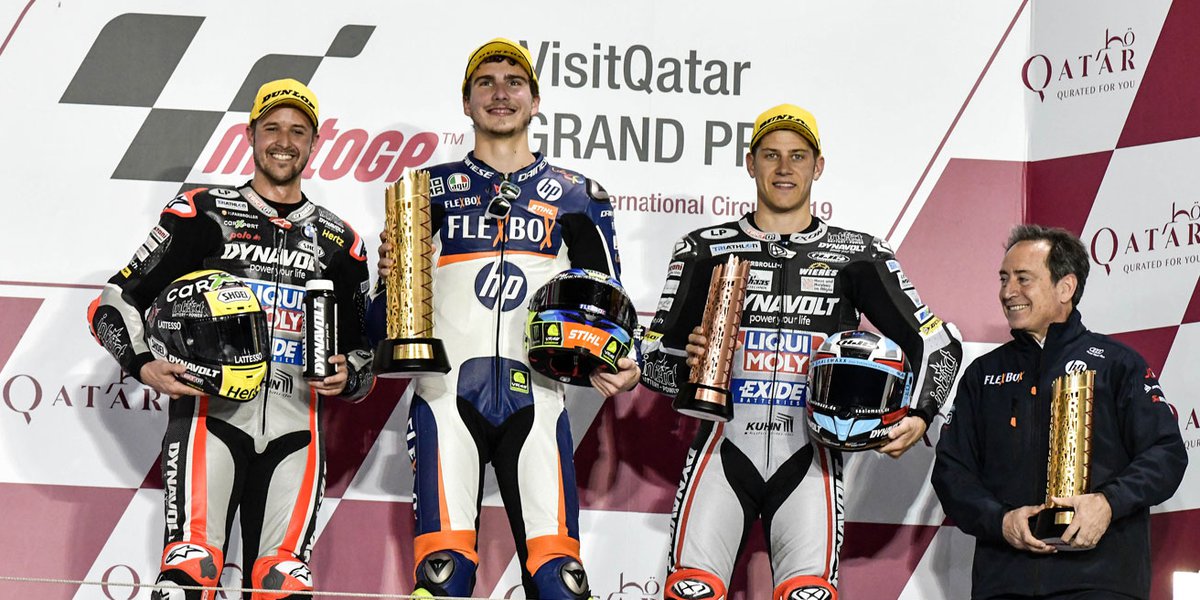 Unbelievable double-podium for Dynavolt Intact GP at the season opener 2019.

It’s been a dream start to the season for the German Dynavolt Intact GP squad. Tom Lüthi and Marcel Schrötter stormed to a second and third place after a fantastic race at the Qatar Grand Prix.

It also has been a dream comeback for Tom Lüthi to the Moto2-class. After the 32-years-old had started the 20-laps-long-race from seventh position and was postponed to eleventh position at the beginning, he started a relentless charge towards the leading group.

Already in lap three Tom Lüthi has mostly been the fastest man on track. Seven laps to go, he overtook Remy Gardner and conquered the third place hunting down his teammate Marcel Schrötter. He on the other hand started the race of the Qatar GP as the pole setter and tried everything in his second position to close the gap to the race leader Lorenzo Baldassarri.

But the German couldn't hold off his onrushing teammate Tom Lüthi and had to led the Swiss pass. An extremely exciting last phase of the race started where Tom Lüthi raced to catch up marvellously and even fought for the win. He eventually finished it just 0.026 seconds behind the Italian Lorenzo Baldassarri in second place.

However the season opener at the Losail International Circuit also was an extremely close race for Marcel Schrötter. After he got outpaced by Remy Gardner just a few corners before the finish line, he fought to the bitter end to gain his hard fought rostrum place back. Just before the chequered flag the 26-years-old was able to conquer his second podium of his Grand-Prix-career and knock off the Australian with a two thousands of a second margin.

It has been a consistently successful weekend for the Dynavolt Intact GP Team in Qatar and they are looking towards Argentina with a pole-position and a fantastic double-podium in their bags.

Occupying the second and third spot in the world championship, the Intact GP riders will arrive to the second round of the season 2019 in three weeks time. The MotoGP-circus will meet again from 29th to 31st of March in Termas de Rio Honda / Argentina. 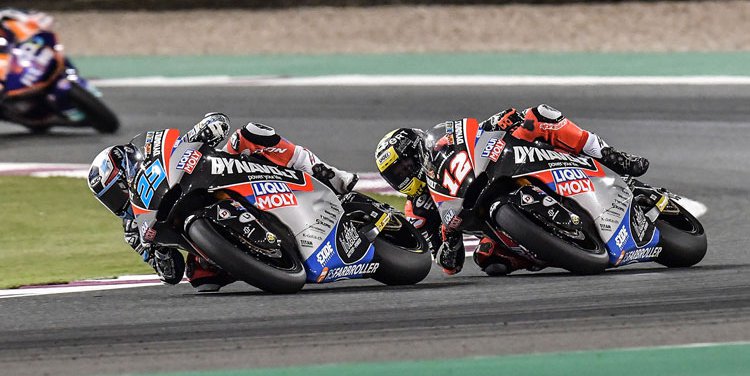 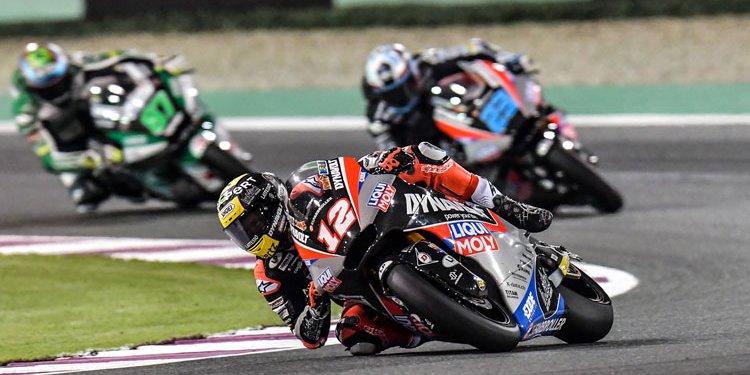 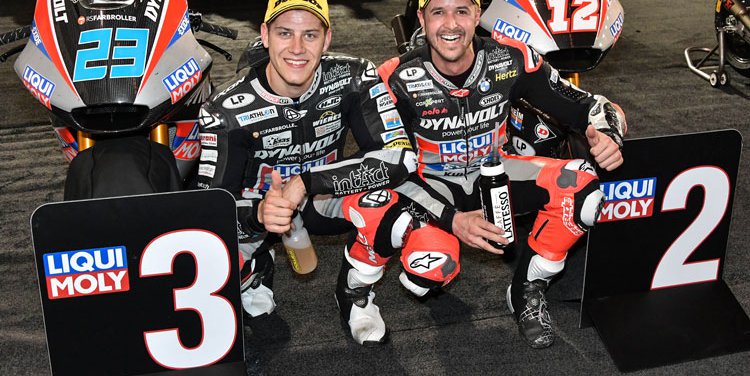 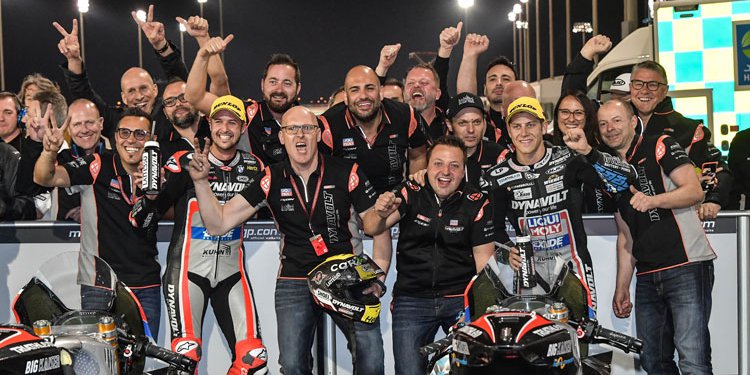