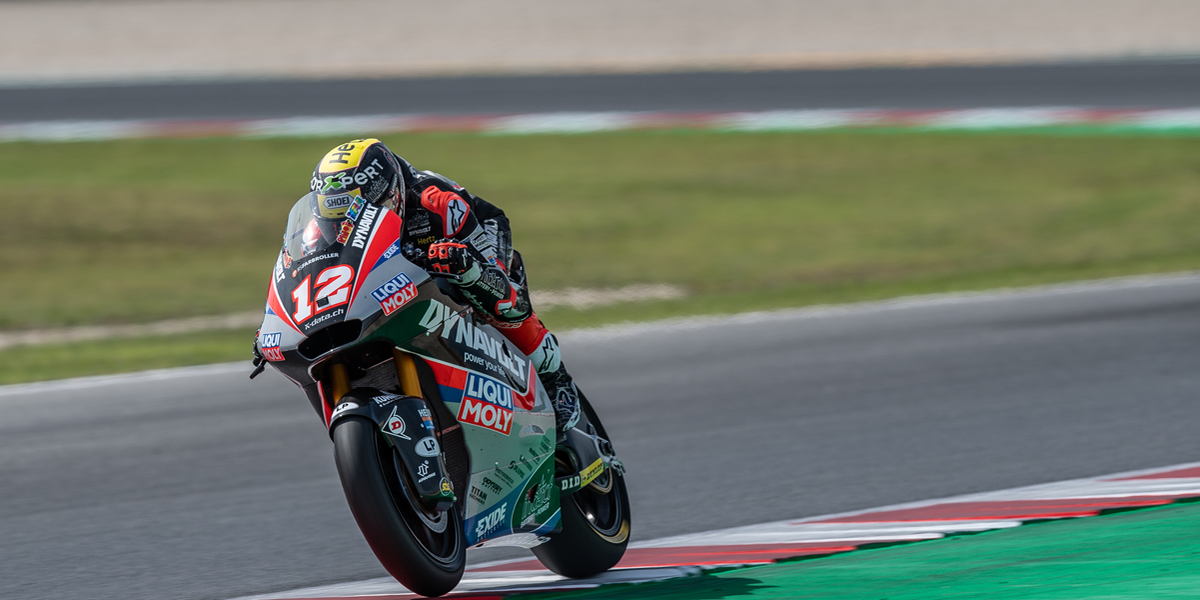 Lüthi in Misano Adriatico back in the top group.

As one of the podium chasers Tom Lüthi crossed the finish line of the San Marino Grand Prix on the excellent fourth place. Marcel Schrötter underwent successful surgery on his collarbone fracture on Saturday night.

More than 96.000 spectators made an explosive mixture together with the brooding hot temperatures on Sunday around the Misano World Circuit Marco Simoncelli. They witnessed nerve-racking 25 laps in the Moto2 race, where Tom Lüthi showed that he is back at eye level with the front-runners.

After an incredible start from seventh position, he turned third into the first corner. With Augusto Fernandez, Fabio Di Giannantonio and Alex Marquez, the Swiss formed a group of four, who was able to escape from the rest of the field with a lead of up to six seconds. The chances for a podium position were high until in lap ten a gear jumped out, he then had to go wide and lost one second to the three in front of him. Despite all his attempts to close the gap again, he finally had to settle for fourth place. Although missing the podium, the positive prevailed, because Tom Lüthi has regained contact with his strongest rivals in the World Championship battle - today's race winner Augusto Fernandez and World Championship leader Alex Marquez.

In third place overall he now follows 12 points behind Fernandez and 38 points behind Marquez. It won't be easy to catch up, but nothing is impossible in the remaining six races of the season.

Marcel Schrötter retained his seventh place despite his absence at the San Marino GP. The Bavarian, who suffered a collarbone fracture in Saturday's FP3 due to a highsider, was operated on the same evening in Italy at the Arcispedale Santa Maria Nuova hospital in Reggio Emilia. Dr. Enrico Lancellotti, orthopaedist at the clinic and part of Dr. Michele Zasa's team of doctors at the Clinica Mobile, performed the operation, which started yesterday at 11pm and lasted about 3 hours. The intervention was not easy, but ended successful. The final result was a good alignment of the four fractures of the collarbone using a plate and five screws. Marcel Schrötter will now stay another night for observation and can then leave the clinic on Monday morning. It remains to be seen whether the recovery time to the Aragon Grand Prix in just one week will be sufficient. 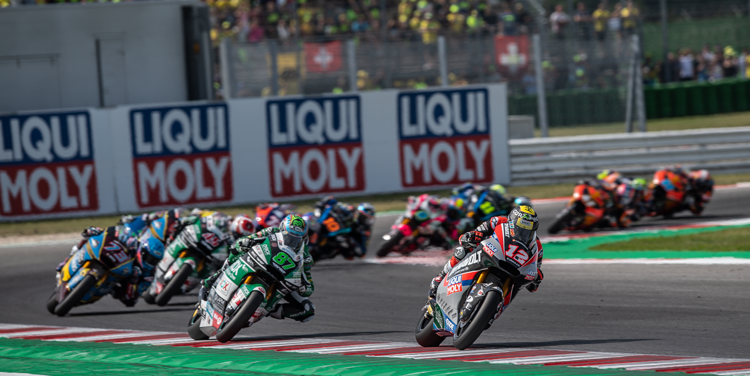 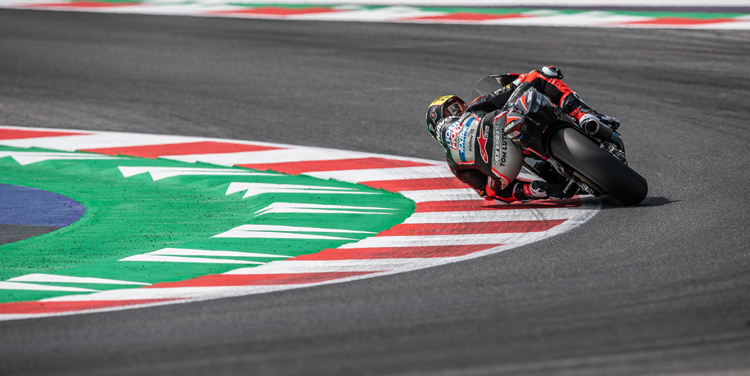