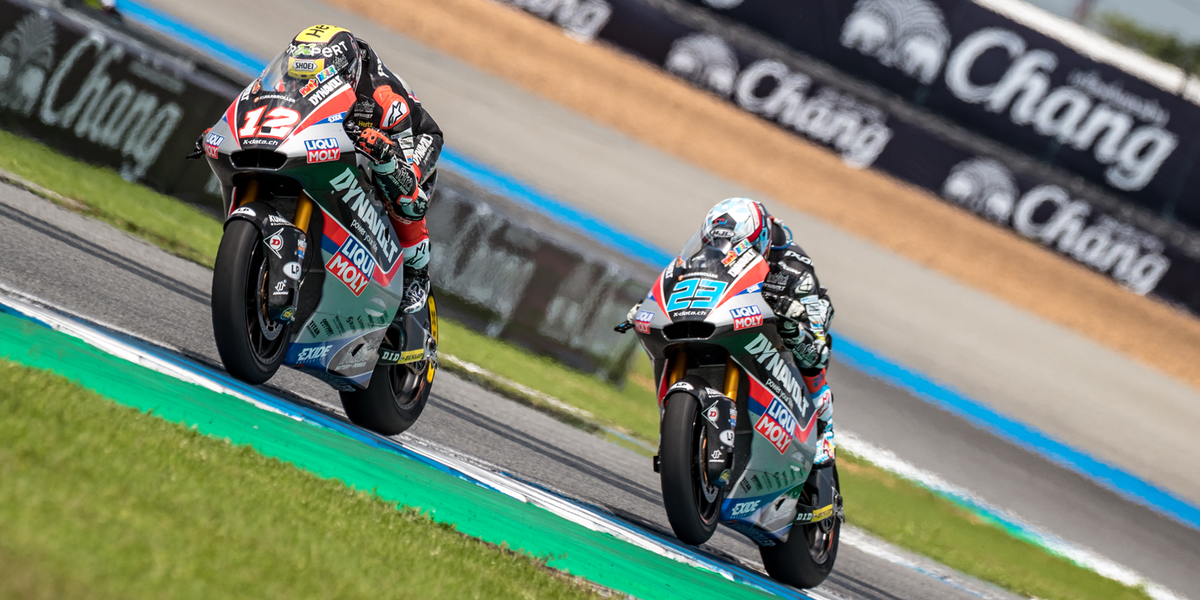 It was a fight to the finish despite setbacks in Thailand.

Tom Lüthi had the speed for a top result and caught up strongly to seventh place after a jostle at the Chang International Circuit today. Marcel Schrötter did bite his teeth and secured - only three weeks after his collarbone fracture - important championship points.

Incredible 226.655 motorcycle enthusiasts came to the „Destination of Speed“ to Buriram in Thailand this weekend and arranged an extraordinary atmosphere at the Chang International Circuit, no matter if the sun was burning, or torrential rain showers poured down. Fortunately the Sunday stayed dry and carved the way for an exciting MotoGP-Show.

After Tom Lüthi improved during each of the three days, he really had a chance and the pace to fight for the podium during the 24-laps-race on Sunday. Because of a gearing error straight at the beginning of the race the Swiss lost some positions. When Lorenzo Baldassarri started a quite optimistic overtaking maneuver some laps after and bumped into Tom Lüthi while doing so, Tom had to avoid him on the kerbs and went wide in the next corner. This action made him lose the connection to the leading group and he was not able to close the gap again. With all his power and lap times, that were matched by the leading group, the Intact GP rider secured himself the seventh place eventually. This means he is holding on to his fourth position in the championship and in two weeks time the next occasion for a revenge is waiting at the Twin Ring Motegi in Japan.

Also Marcel Schrötter maintained his eighth position in the overall standings of the Moto2-class after his comeback, very early after his collarbone injury, and fought hard for his two championship-points of today. Until just days before the race-weekend he had to keep his freshly operated shoulder calm and is, understandably, not 100% fit yet. But he bounced back at 30°C temperature at the demanding course in Thailand. The 26-years-old showed once again that he is tough and he can really be satisfied with his 14th place. Now the Bavarian has one and a half week time again to recover and prepare before the Grand Prix of Japan, that is taking place from 18th to 20th of October. 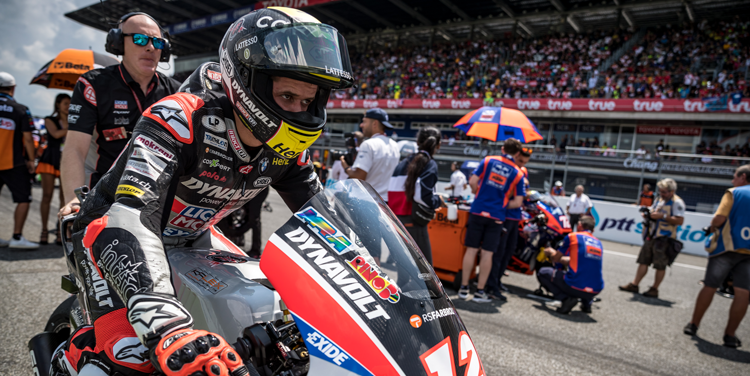 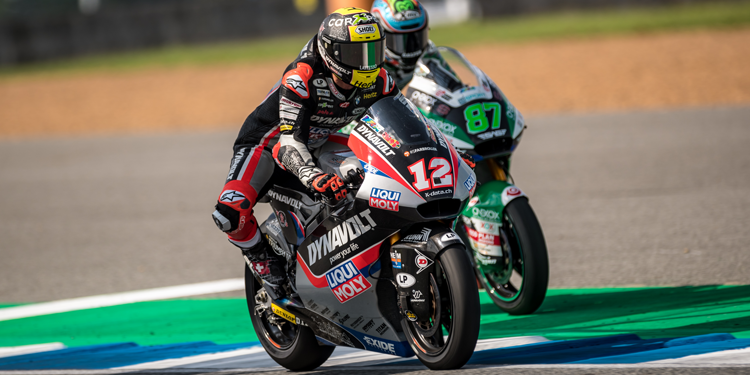