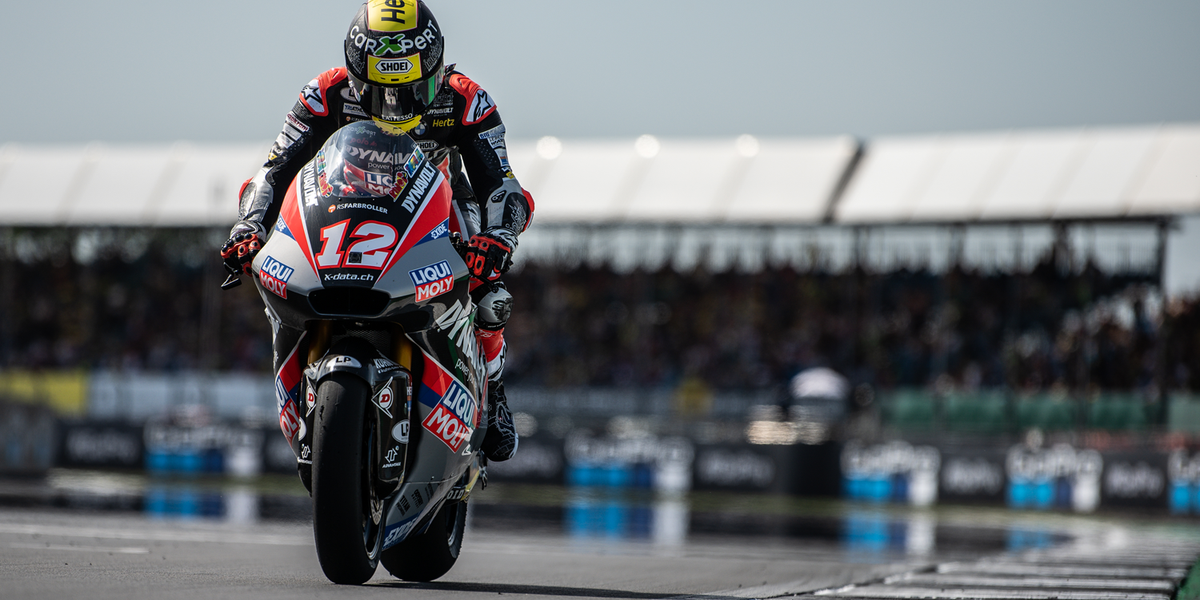 Lüthi: "We made a decisive step in the race".

Tom Lüthi and Marcel Schrötter leave the UK with mixed feelings. After one of the toughest weekends of the season for the Dynavolt Intact GP riders, they take home an eighth and fourteenth place.

It seemed as if the countless fans who stayed in the pouring rain last year at the Silverstone Circuit and ultimately had to drive home without any race spectacle, were compensated this summer with gorgeous sunny weather and thrilling battles.

For the Dynavolt Intact GP team, the outcome of the weekend was more of a damage limitation with a top-ten finish by Tom Lüthi and Marcel Schrötter's 14th place after an arduous three days on the British Isle.

Despite his unfavourable position, starting from 12th on the grid, Tom Lüthi did not have a bad race on the long 5.9-kilometer circuit. He fought in the group for sixth place, but in the end, his competitors Fabio Di Giannantonio and Lorenzo Baldassarri prevailed, forcing him to settle for the eighth place.

The Swiss now has 146 points in the championship, putting him in third place, tied to today's race winner Augusto Fernandez and Jorge Navarro. The gap to Alex Marquez got down to 35 points after his crash in the British GP.

Marcel Schrötter crossed the finish line in 14th place after a tough Silverstone weekend. Two points and decent lap times, especially in the final phase of the 18-lap battle, are the positive things he can take home from England. Of course, the 26-year-old is not satisfied with that because he definitely wants to be further up the ranking.

Now it's time to take a break, look forward and then attack again in three weeks from 13th to 15th of September at the San Marino Grand Prix in Misano! 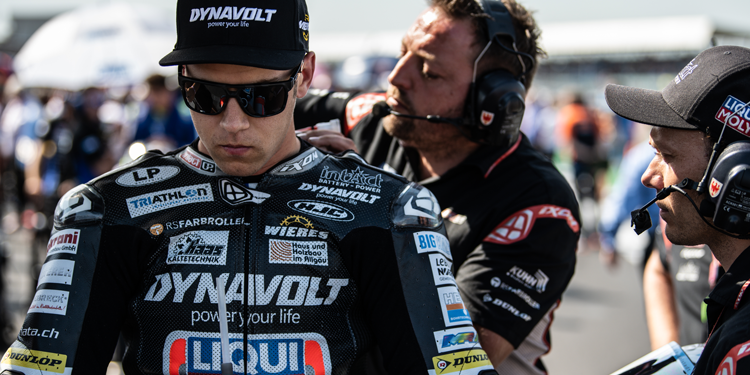 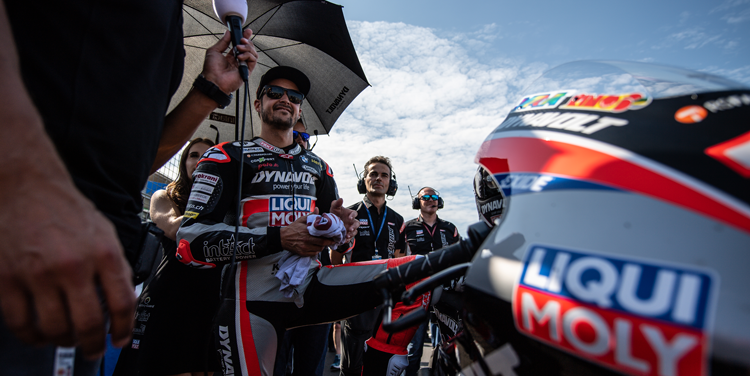