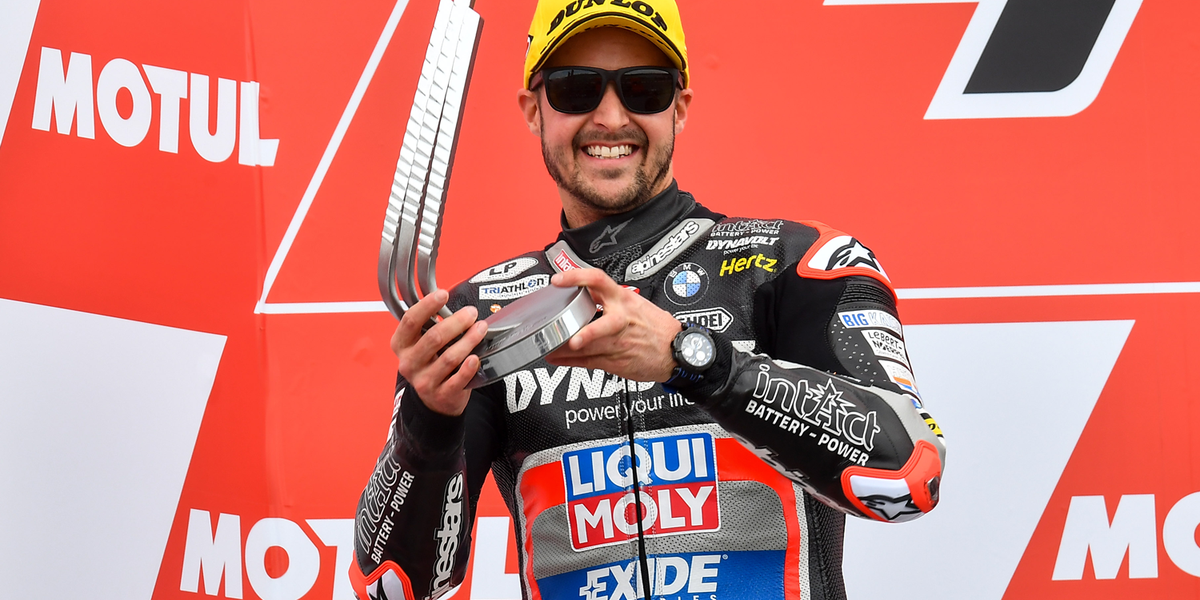 After an incredibly thrilling duel for the win and for the runner-up title in 2019, Tom Lüthi finished the Valencia finale with his fourth podium in a row. The Dynavolt Intact GP racing team celebrates the third place in the riders' championship after 19 races as well as the second place in the overall team classification of the Moto2 world championship!

Sunny weather, crowded stands around the Ricardo Tormo Circuit in Valencia and a fantastic Warm-Up session of the Dynavolt Intact GP duo Marcel Schrötter and Tom Lüthi in third and fourth place. The Moto2 squad from Memmingen was ready for the grand finale of the 2019 season!

It was followed by pure excitement and an impressive will to win, delivered by Tom Lüthi. The race had to be delayed after several incidents in the Moto3 class and was therefore cut short to 16 laps, of which the Swiss was leading 13 laps. By the middle of the race he was in charge in front of his biggest rival, Brad Binder, who was right behind him. Only in the penultimate lap on the 4-kilometer long Circuit, the South African managed to pass Tom Lüthi and won the race.

Despite losing the runner-up spot, the happiness about Tom Lüthi's fourth podium in a row was bigger. Especially after the bike of the championship third had a technical problem until shortly before the start of the race. Due to the great work of the Dynavolt Intact GP crew, it ended up as by far the best Kalex in the field.

Tom Lüthi returned to the Intermediate class after one year in MotoGP and delivered a fairy tale season. Eight times the Swiss rode onto the podium, he won in Austin and collected 250 points. Today he was rewarded with the third place in the world championship.

For teammate Marcel Schrötter, the season finale was not a happy one after all. After battling in eleventh place until the penultimate lap, the 26-year-old hoped to win the Team world championship, but had to go wide in a duel with Mattia Pasini. He dropped back to position 16 in the 15th of the 16 race laps and unexpectedly missed out on points.

Despite the disappointment, the Bavarian, who missed a couple of races due to an injury this year, had a big part in the fight of the Dynavolt Intact GP team for the championship and the season finished just four points behind in second place overall. Legendary three pole positions went onto the account of Marcel Schrötter, as well as three podium finishes and 12 top ten results. His third place at the home Grand Prix at the Sachsenring remains unforgettable!

Already next week Marcel Schrötter and Tom Lüthi can start a new attack. The first test of the 2020 season is scheduled for the Memmingen squad on the 20th and 21st of November in Jerez de la Frontera. 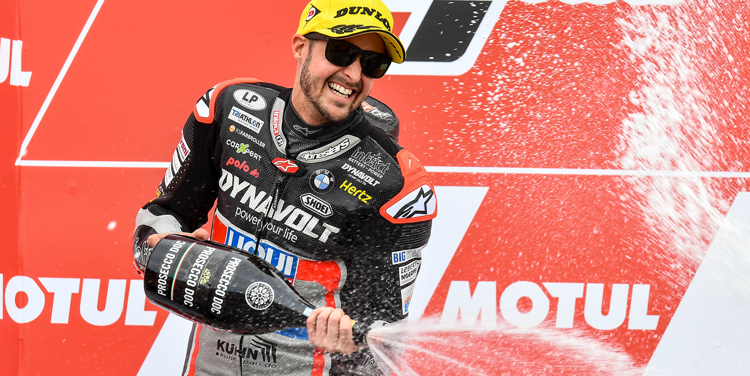 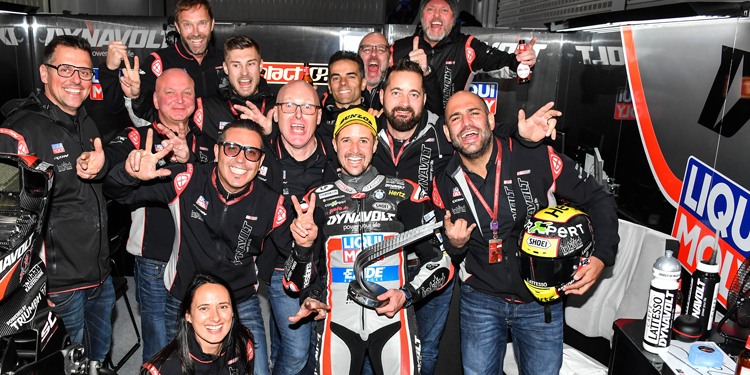 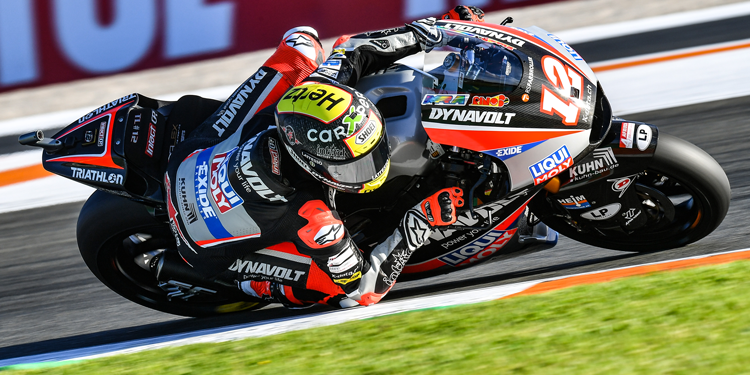 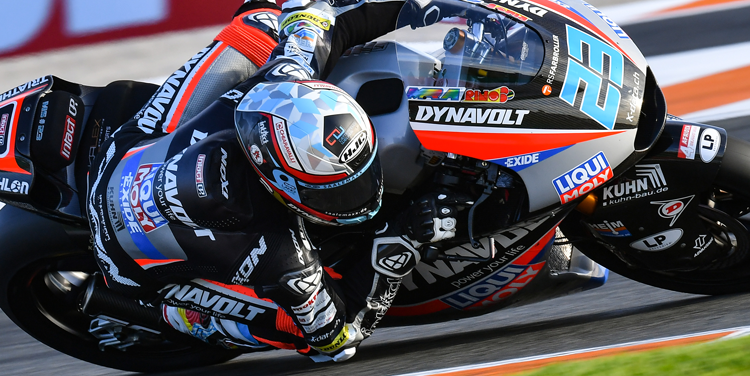 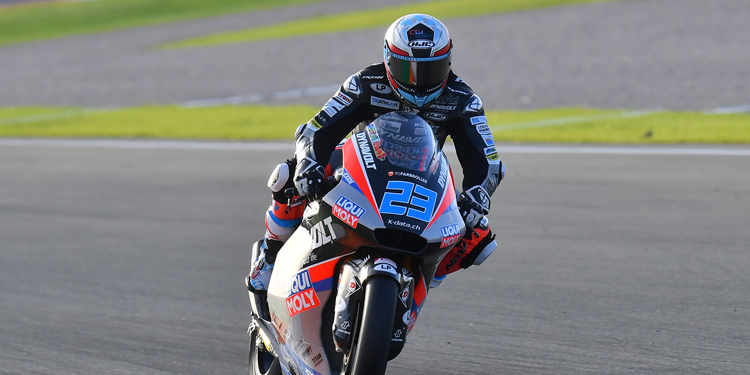 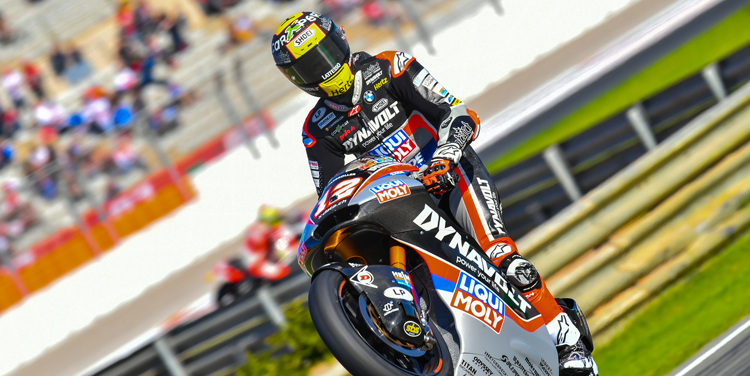